Getting out from under

Transitioning from a sponsored market to an independent market

A sponsor of a farmers’ market might be a: 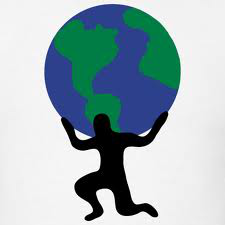 Do you “own” and manage a farmers’ market, one that perhaps you helped to start?

Are you providing the market with a range of services?

Is providing these services something than you can keep doing indefinitely?

Has the market grown to the point where it is time for it to become more self-sufficient?

Here are some thoughts about how to determine whether it is time to—like the parents of a young adult—set the market free and get yourself out from under the responsibility of running the market.

And—like loving parents—you want the market to succeed on its own, but are willing to help wherever it may need help, and, importantly, not to help when it doesn’t really need it.

Many organizations find that it is worthwhile to start a farmers’ market for one or more of these reasons:

It should be noted that when a market becomes more independent of a sponsor, these benefits to the community as well as to the sponsor are enhanced, rather than lost or diminished.

There are costs involved for your organization, both in terms of the productivity of employees who are working with the market, the amount of energy your organization invests in the farmers’ market project, and the ongoing operating costs of running a successful farmers’ market. It is a good idea to occasionally ask yourself whether the energy and resources dedicated to operating the farmers’ market might be sapping potential energy and resources from other worthwhile projects, either existing or potential. If so, it might be time to help your duckling learn how to swim on its own.

Some of the duties involved in running a market include:

Once a market has been up and running for a year or so, the market enters a stage of increasing maturity. The market members have come to know and work with one another at some level, members who were new to attending a farmers’ market have gotten their “sea legs”, and many members have begun to develop their own visions of what the market could be. As a result, some members may begin to desire more control over those market decisions that previously have been made for them. Maintaining continued total control over the market beyond this point may impact negatively on market members’ sense of group ownership of the market and their feeling of involvement in it. Any move toward independence should not be perceived as rejection of or dissatisfaction with the sponsor. Rather, it should be viewed in terms of the market’s growing maturity, the success of your project, a desire for more flexibility in the relationship between market and sponsor, and progress toward less overall bother for the sponsor.

At various times in the recent past a farmers’ market’s independence from its sponsor has happened rather suddenly, and the process was generally traumatic for all involved. Much better is a planned transition in which steps can be taken to assure that both the sponsor’s interests and the market’s interests will be fully respected and well served.

Steps Toward Market Independence can include:

Some of the services a sponsor might continue to provide to an independent market are:

Any of these services could be associated with a contractual annual fee paid by the market to the sponsor, although it is up to the sponsor whether these fees would fully cover the sponsor’s actual costs. 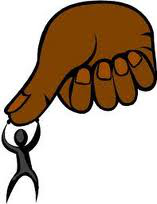 Just like all farmers’ markets are different, market sponsors can also display a wide variation when it comes to the willingness to listen to market members. Some sponsors may be easy going and quite attentive to the concerns of the market members, while others may have neither the time nor inclination to be bothered listening to the farmers. Poor sponsor responsiveness may be due to time constraints or other pressures put on the market organizer, their lack of awareness of the needs of small entrepreneurs, a feeling of being the “wise professional” who is helping the helpless, or some other factor.

This section attempts to identify some of the problems members of sponsored markets may experience. If some of them sound familiar to you, we hope you will find these suggestions helpful.

Life in a sponsored farmers’ market is often much easier for market members than it is in an independent market. All you have to do is show up with your products and sell to the public. All of the details of organizing and promoting the market are taken care of for you. From the point of view of your own operation, you are an entrepreneur—but from the point of view of your marketing, you are on welfare. You are being given a handout instead of taking responsibility for your own marketing. You are taking little responsibility for making sure the market happens instead of working with the other market members to make it happens well.

In some cases you might even feel like you are expected to just sit down, shut up and sell your stuff. And to be grateful that someone is making the market happen for you.

These are not blue-sky “what if” scenarios, but are real examples of what has actually happened in various sponsored markets in Maine, such as in Waterville in the late 1980’s or in Unity in 2006. Taking an increased responsibility for making your own market happen is the best way to prepare for a sponsor who may someday become either tyrannical, broke, or no longer interested. In any case, taking more responsibility for some at least parts of the whole package of activities required to make the market happen means lightening the load on the sponsor, while keeping the sponsor involved in some of those activities that the sponsor is uniquely able to perform.

Moving your market toward independence can be scary and is best done slowly and thoughtfully, perhaps occurring over a transition period of a year or two. During this time, the needs of the individual market members, the overall good of the farmers’ market, and the interests and sensitivities of the sponsor all need to be looked at by all parties with great care and respect. The “Steps Toward Market Independence” listed above is a good place to begin.

Fortunately there are many existing examples of very successful independent Maine farmers’ markets, and copies of their by-laws, member applications, and operating rules are available online to review. In addition, there may already be several of your market’s members who belong to an independent market, so they may have a pretty good idea of the best directions to take. The Maine Federation of Farmers’ Markets can suggest people who will talk with a market and/or its sponsor concerning the subject of transitioning, gauging how ready a market may be for it, and at what pace to proceed.

For more information about how independent markets are organized, how markets and their members can be promoted, and for a wide range of other resources, consult the website of the Maine Federation of Farmers’ Markets www.mainefarmersmarkets.org or contact the author directly at tom@snakeroot.net.

When I started attending the Brewer Farmers’ Market back in August of 1983, my sole concern was being able to sell the produce my farm was growing at a good price. After attending market for a year or two, I began to realize that how the market was organized had a great impact on my sales. And how the market was organized also influenced how it made decisions about dues, new members, what could be sold at market, and how it promoted itself—and this, too, had an impact on my sales. So I got involved in the market’s steering committee and began to understand how various market members thought the market should operate. Some wanted a market czar, some wanted everyone to be allowed to do their own thing. But everyone seemed to agree that if the market as a whole did well, then so did they.
View all posts by Tom Roberts