About Market Rules and Bylaws

Rules (sometimes called “guidelines” or “regulations”) are for the day-to-day operation of the markets. They are often changed a little bit each year to reflect things such as new opening dates, a new treasurer or president or a change in market dues.

Bylaws define the structure of the association of farmers that operates the market. Once in place, these are rarely amended. Bylaws generally include definitions of officers, their job descriptions, the general purpose of the association, and other items such as what to do with assets if the market association is dissolved.

Examples of Market Bylaws
These bylaws are provided as examples only. Although they are actual bylaws of the markets in the years indicated, they may have changed since. Contact the market directly if you need a current copy of their bylaws.
Among these examples you will find varying degrees of formality and amount of self-governance assumed for the members of the market. Some were written by market members themselves, while others were written by the market’s sponsor or landlord.

Examples of Market Rules
Like the bylaws linked above, these rules are provided as examples only. Although they are actual rules of the markets in the years indicated, it is likely that they have changed since that time. Contact the market directly if you need a current copy of their rules. 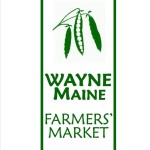 Mission As the Wayne Farmers’ Market evolves, the following goals will serve as permanent fundamental ambitions: ~ To support and promote local growers and producers as well as offering healthy, local, and fresh products to the community. ~ To cultivate a strong sense of community by providing an enjoyable setting for people to visit, interact, […]